One part of integral theory is called “lines of development”.

Each of us has lines of development, areas for which we can draw an arbitrary boundary and climb up in skill. These could be as simple as “concentration” or as domain defined as mathematical ability, ethical competence, story telling skill, or even as complex as “life success”. 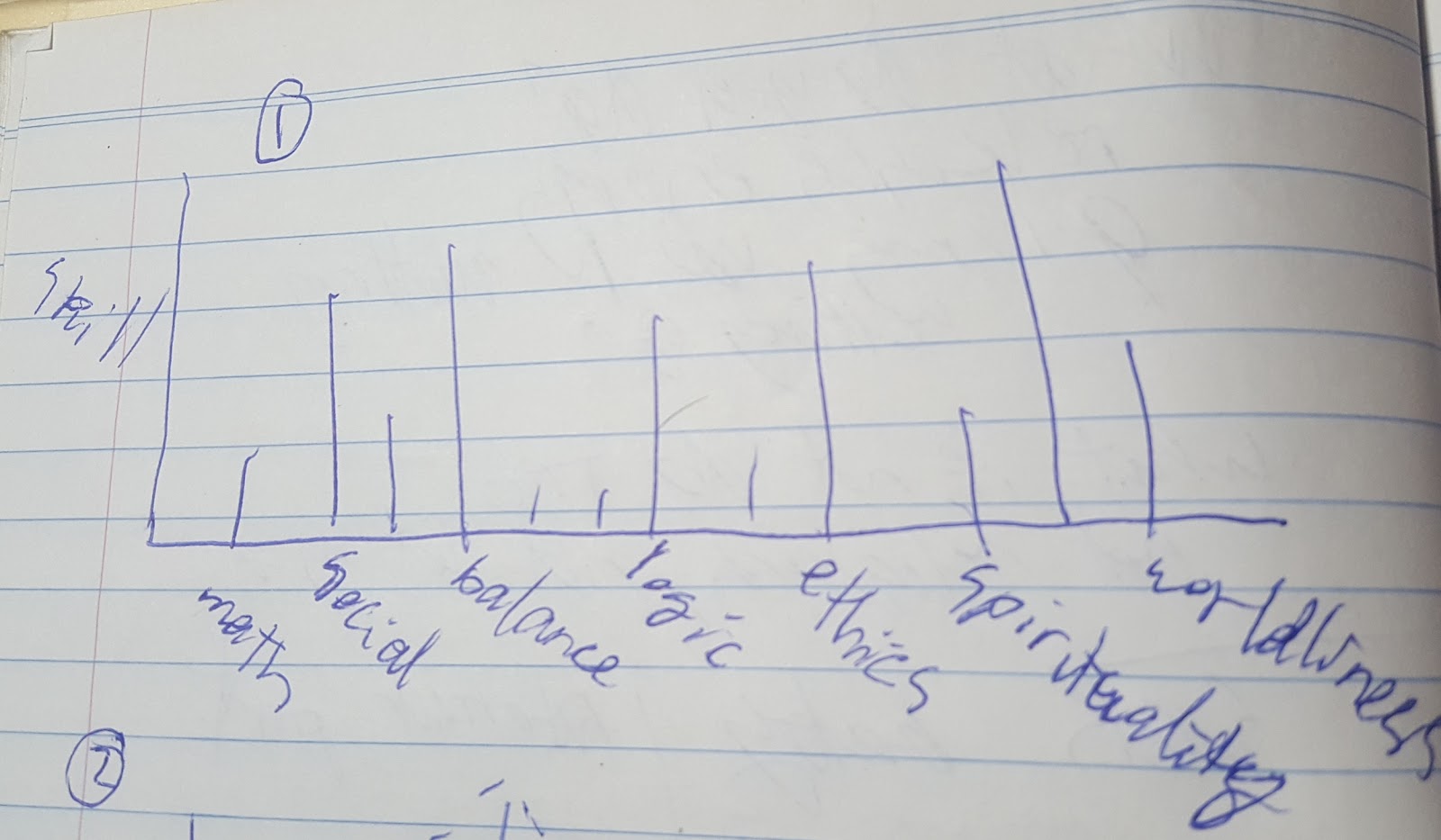 Often these skills can be broken down into parts. And often these parts start enabling or limiting the skill. To break down math into skills. Like concentrating, symbolic reasoning, ability to learn by tuition, ability to communicate your math knowledge and a mundane skill of eyesight that might enable you to learn math. 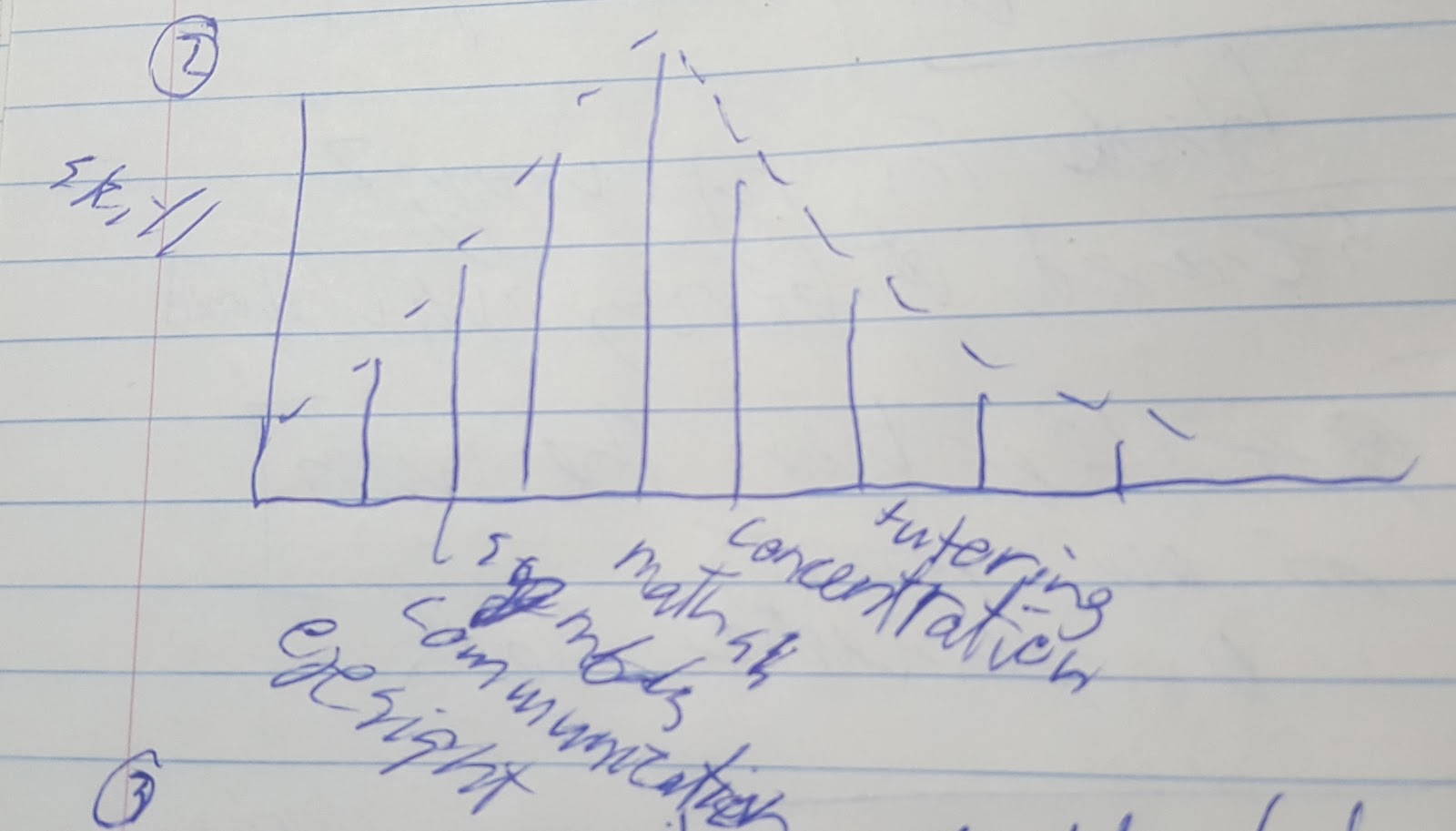 In order to get better at math, at some point you need to be able to learn from others, or communicate what you know. It doesn’t matter if your eyesight skill is way above the level needed, it doesn’t help with math skill unless you also start working on your capacity to be tutored.

On the other hand, if you have a masterful teacher, maybe they can fill in the gaps for you. 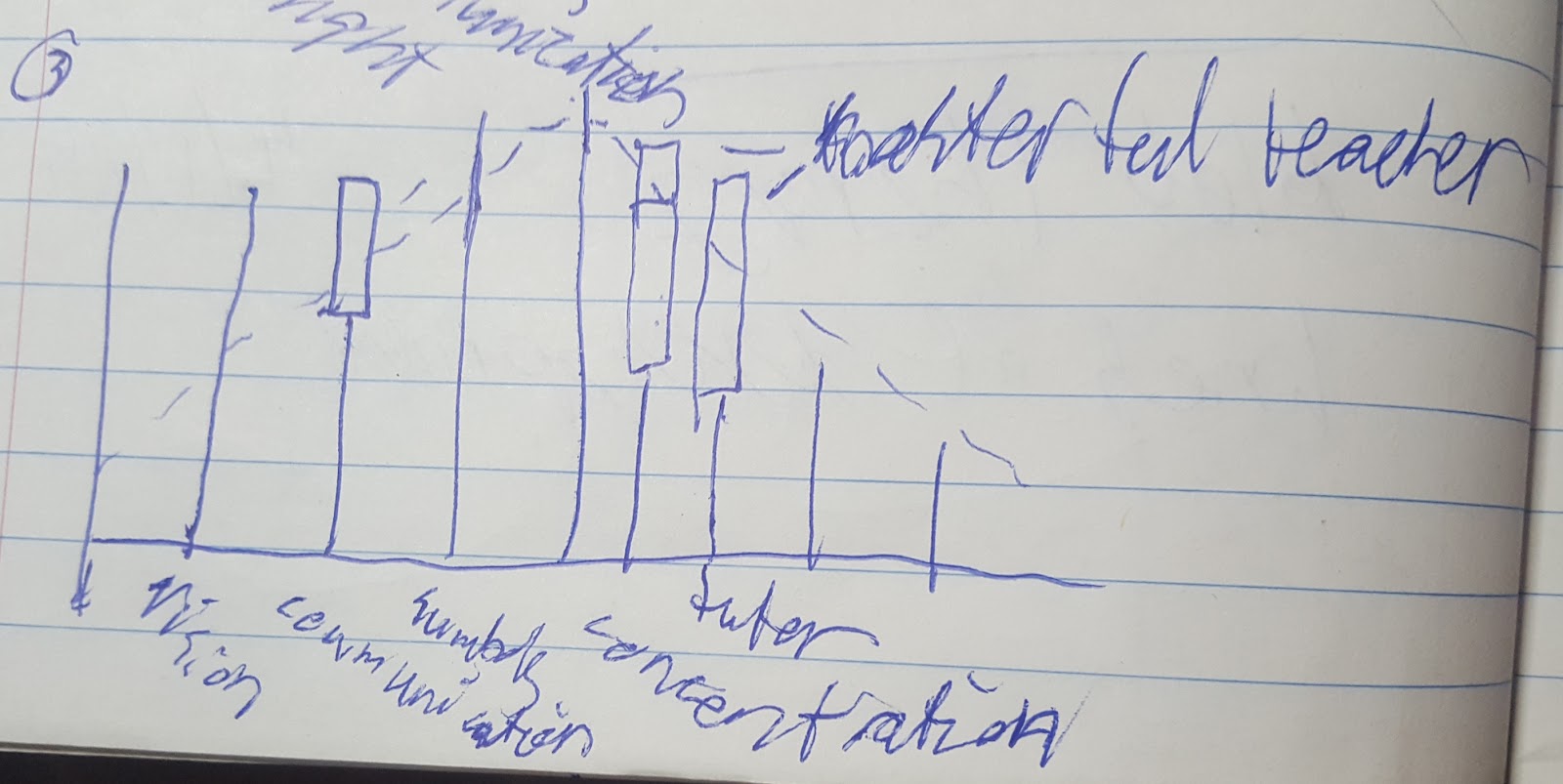 We can describe how sometimes people just happen on the talent easier than others and enable their skills. Also sometimes great teachers can raise up a student in ways that they are limited.

Combine the two and you might get superior skill.

Special case of the child protege

Sometimes a child (or any person) is in an environment which is very enabling. For example, “piano skill”, may be supported by, “tutors”, “supportive family”, “quality learning environment”, “free room and board”, “musical family values” and more. 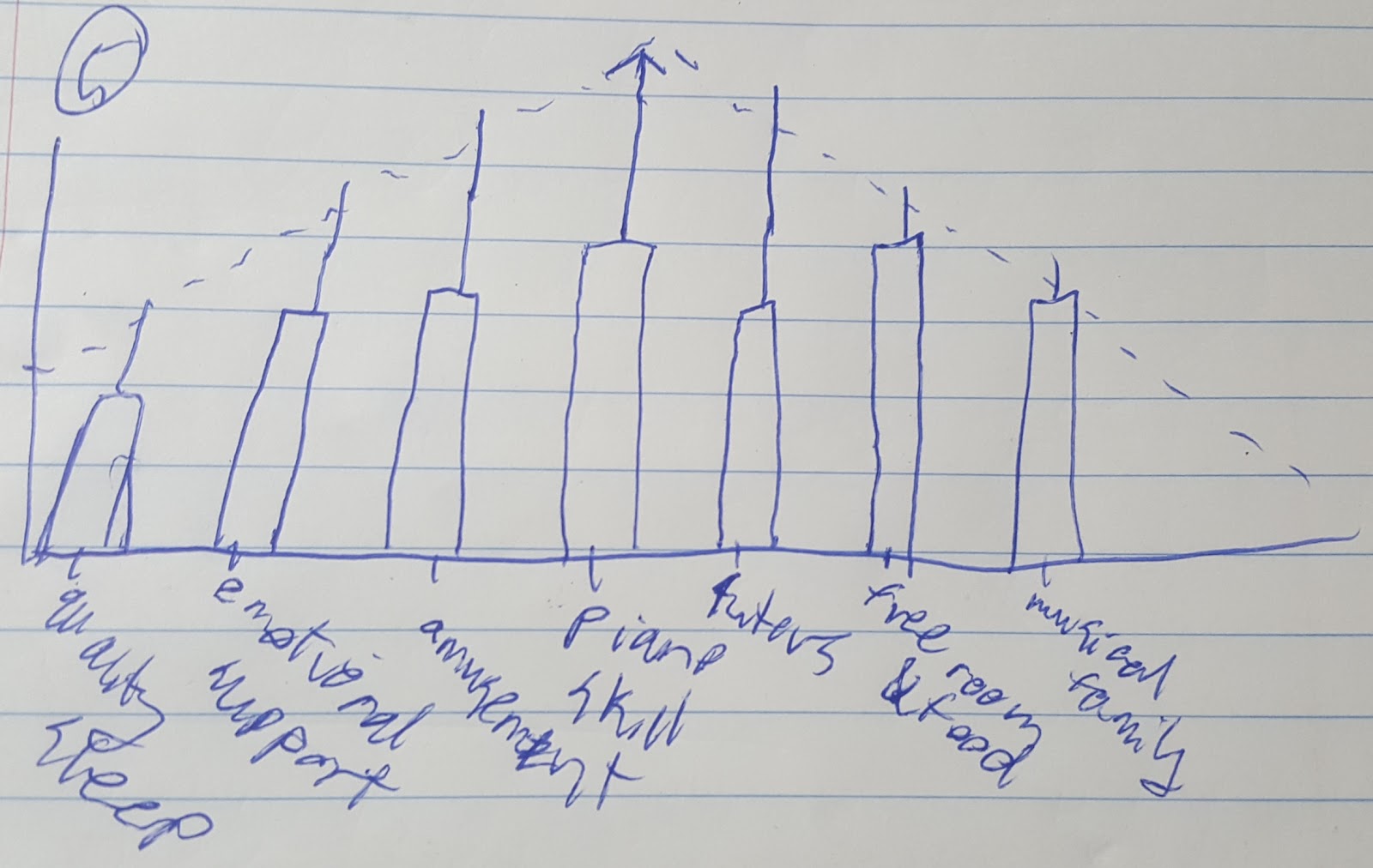 In a case like this the factors come together to enable someone to grow a massive level of skill. But! If a catastrophe occurs, leaving a sudden hole in the support tree, for example, maybe the family lose their home. Suddenly piano skill is hampered by this person’s ability to have a safe home environment while practising piano.

This short primer will become relevant for blob therapy theory. In the mean time, think about if you have any gaps in the skills you are moving towards. And think about the bottlenecks to getting there.

For a more modern and relevant line of development, computer programming skill was entirely resting on the invention of computers.

Improvement in the shifting paradigm of various programming languages, was dependent on the field growing enough to support that development. 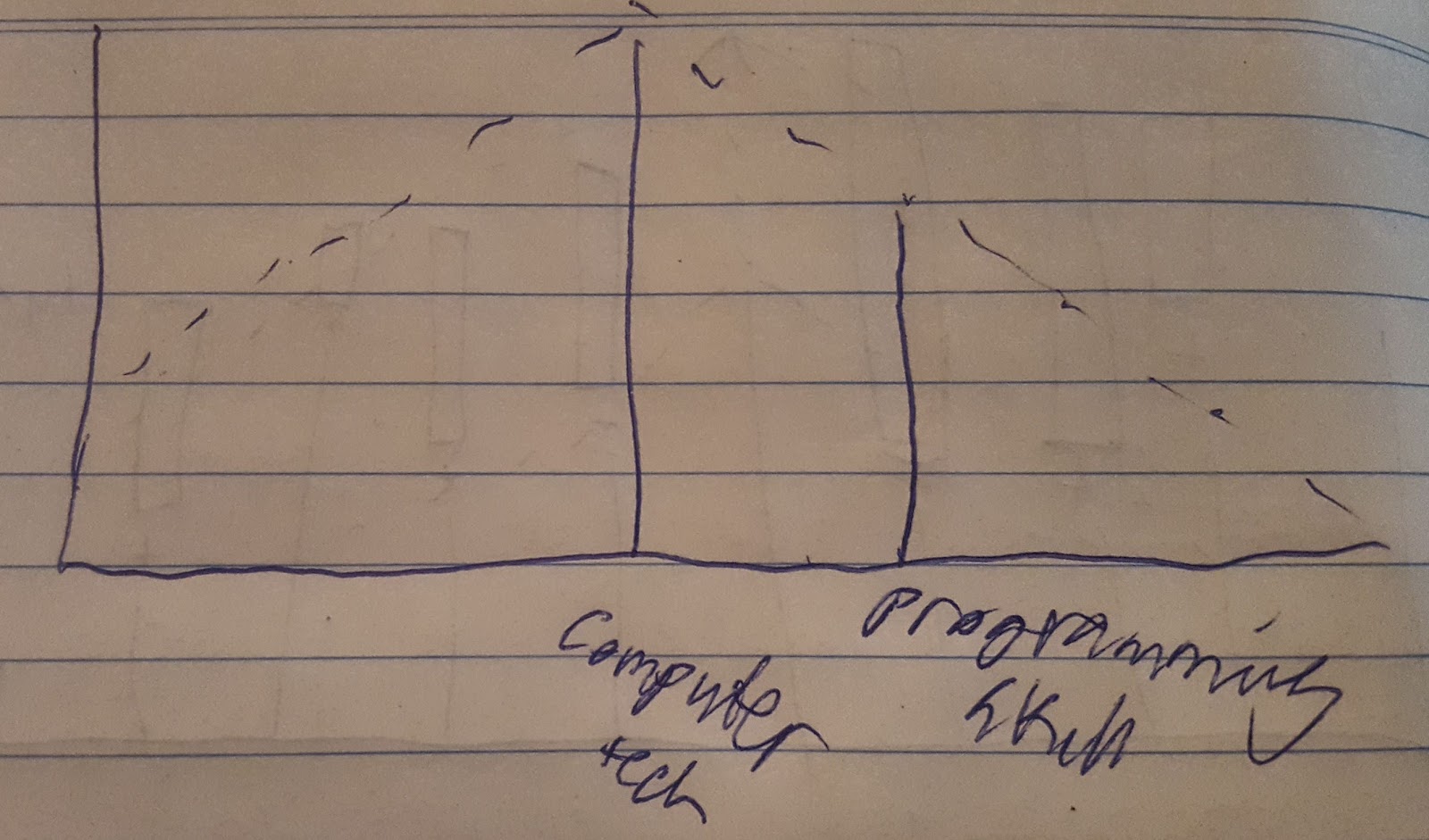 My last question is, whatever we name that big central line of “leading towards the future”, what are the other lines that are needed in partnership to that line, and how do we get them? What does it look like to provide support? 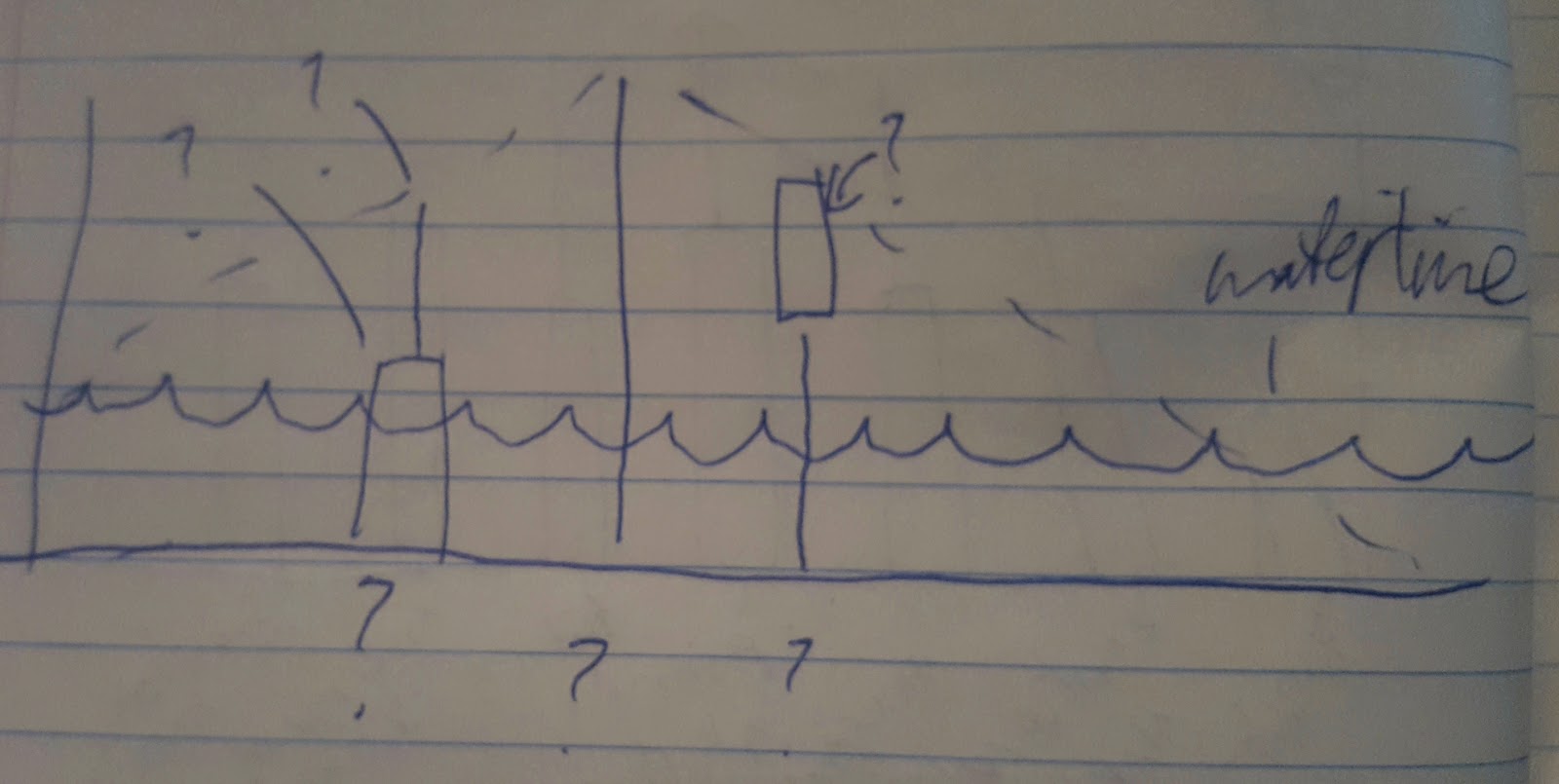 And on top of that, to borrow from lesswrong, which coined “raising the sanity waterline”, how do we raise the waterline for everyone, because a rising tide lifts all boats.

Liked it? Take a second to support E on Patreon!

This entry was posted in Uncategorized. Bookmark the permalink.